Do you remember September? It was so full of sparkle and promise. We had a plan AND a schedule. These lockers in our mudroom? Things used to be hung up in them. Children set their own alarms and got up when they went off. And then, instead of smacking it and climbing back into bed…THEY GOT DRESSED! Back in September I said precious things like: Yes, it would be easier to do it myself, but this is how they learn responsibility!  Back in September we had extra school supplies and extra time in the mornings and the laundry was clean and folded!

It is October…nearly the end…and it is a whole new game. In September I told the kids that they were responsible for making their own breakfasts and lunches. In mid-September I decided we were all better off if I made breakfast, since God only knows what crap they’re eating at school and that way I at least know they had a decent meal to start the day. And let’s fast forward to this morning, shall we?….I made 2 out of 3 lunches, cooked all 3 breakfast AND laid out iron supplements with orange juice for the iron-deficient among us. OH HOW THE MIGHTY HAVE FALLEN.

I was totally meaning to parent the way the parenting books told me to. This was going to be our Year of Change. It was to be a glorious time of learning responsibility and self-sufficiency. And then someone got stuck at school late with no food one day…and so I dropped off a mini-loaf of banana bread. (The lady in the office may have smirked a little bit when I told her I needed to leave the tupperware cracked because it was still warm…but no one wants soggy banana bread!) Anyway, after the banana bread, I think they smelled weakness and it’s been a barrage of misplaced phones, forgotten cleats, and books left behind ever since. I am parenting exactly OPPOSITE of the way to books say.

And I know that this means….it’s what the books warn about. They won’t grow up. They’ll all be living in my basement until they’re well into their thirties. They won’t have any choice. They’ll have lost their keys and be waiting on me to bring them some warm banana bread so they have the energy to find them… 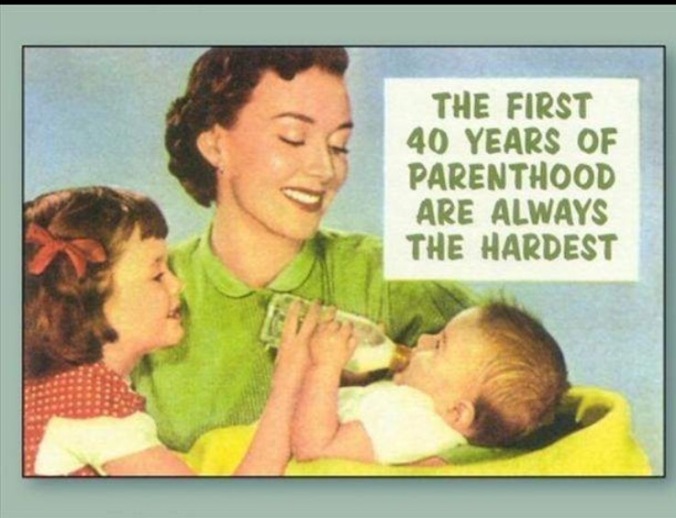